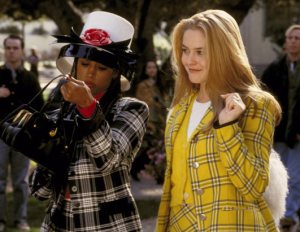 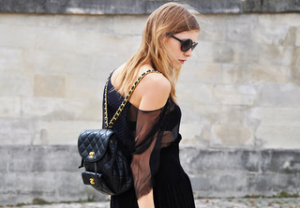 So yesterday I walked into Target to get a few things … and a few things like clockwork turned into a million unnecessary impulse, “dear God this nail polish is making me so happy right now, I need it immediately,” purchases. And while I was aimlessly wandering around, I stumbled upon the Back To School section. What? Don’t we all still have red, white and blue hangovers? I know as a kid, when I would see the first “Back To School” commercial I would become immediately sick with anxiety, but mind you, this didn’t happen until AT LEAST mid-August. Aren’t we jumpin’ the gun a smidge here people? I digress though …

So all of this brings me to the concept of backpacks. Not JanSport or North Face, “school” backpacks, but miniature, 90’s, Clueless-esque backpack purses. I am all for bringing back trends from decades past, but I think this one needs to marinate in the 90’s a bit longer.

I’m guilty of owning a Kate Spade mini backpack when I was in middle school, and at the time it made me feel like Britney Spears. But let’s not fool ourselves, supplementing the mini backpack as a purse makes no sense! I stopped carrying a backpack when I got to high school, so why in the world as a 24-year-old woman would I want all of my important belongings, including my cell phone, on my back where it is impossible to get to and even easier for fools to rob me.

Being raised in the 90’s, I have an extreme respect for all the greatness that came out of it. And yes, during the “Clueless” era, mini backpacks were rockin’ because at that time only people in Beverly Hills could afford those Zach Morris-esque monsters known as “cellular devices.” So when the average joe jumped on the trend wagon, it made sense! You had a wallet, lip gloss, tampons, a pager perhaps, if you were really technologically savvy, and maybe a pen and paper? Ahh simpler times …

Women in 2011 need things to be at their beck and call within a split second. I don’t care if it is for the sake of fashion, flinging the backpack around, unclasping it, digging through it only to have missed the call and having to do it all over again is beyond tiresome. We are all too text happy to have it live in the dark abyss of a backpack purse when we really just want it close enough to see if it is blinking, lighting up, beeping, binging or whatever your phone does. Facebook Apps don’t belong on your back, they belong in your hand.

And if the need to indulge in this trend is just overwhelming, like you have a fashion itch that you just NEED to scratch, I totally understand … just promise me one thing: NEVER wear it on only one of your shoulders. Dear God, it is the most unbecoming thing one could do. Rock it on both of your shoulders, hold the straps with your thumbs, frolic with it … do whatever you want … just not on only one shoulder.

I’m glad we had this talk … I feel better.